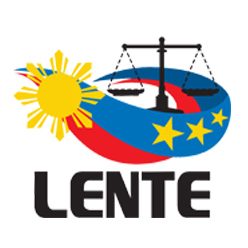 May 9, 2022, Quezon City. The Legal Network for Truthful Elections (LENTE) continues to observe election day processes, with particular focus on the voting process of Vulnerable Sectors (Persons with Disability, Senior Citizens/Older Persons, Persons Deprived of Liberty/Detainees, and Indigenous Peoples) and the voting situation in the Bangsamoro Autonomous Region in Muslim Mindanao (BARMM). LENTE also continues to follow persistent reports of violation of health and safety protocols, technical issues (VCM malfunction and paper jam), election violence, long queues, and disregard for social distancing in the different provinces where LENTE is present.

LENTE is closely monitoring the voting of the 108 Indigenous Peoples in the Emergency Accessible Polling Place (IP-EAPP) in Talon-Talon Elementary School in Zamboanga City. The IP-EAPP was established in one of the rooms located on the ground floor of the present voting center where the established precinct of the affected IP voters belongs. As of 12:45 pm, only 25 out of the 108 voters have already cast their votes. Reports indicate that the primary reason is due to the lack of available transportation to the Talon-Talon Elementary School voting center, especially because the IP voters came from Simariki Island in Zamboanga City. Reports pointed out that only one boat driver is available to transport the IP voters from Simariki Island to the voting center. However, the 25 IP voters were able to vote smoothly. They indicated that they understood the process and procedure in place while voting in the IP-EAPP. LENTE will continue to update whether there will be an increase in the number of IP voters who can still vote in the IP-EAPP until 5:00 PM.

For the Indigenous Peoples Monitoring, LENTE is also focused on the Accessible Voting Centers[1] (“AVCs”) in San Jose Del Monte, Norzagaray and Dona Remedios Trinidad in Bulacan; Aborlan and Quezon in Palawan; and AVC, Clustered Separate Polling Places[2] and Exclusive Separate Polling Place[3] in all of the municipalities in Oriental and Occidental Mindoro. Common reports received from the monitors in Palawan and Mindoro were non-observance of health protocols (i.e., no physical distancing, temperature check, no barriers between the EB and the IP voters) and missing names of IP voters in the voters’ list.

For the voting of Persons Deprived of Liberty, LENTE monitors were able to observe some of the jail prison facilities in the National Capital Region and in nearby provinces. In Camp Karingal Female Dormitory Quezon City, the voting started almost four hours after the supposed opening of polls and it was reported that two (2) PDL voters were not on the voters’ list. In Las Piñas City Jail, the designated Special Polling Place was set up late due to the delay in the arrival of the ballots. Likewise, there was also a delay in the opening of polls in Taguig City Jail, on which the voting started almost five hours after the supposed opening of polls.

Lastly, in Kalalake Elementary School, Olongapo City, there was a slight altercation between the detainee voters and the watchers, where the detainees claimed that they should be the priority and not the watchers. Based on the reports received, the argument was immediately resolved.

Situation in the Bangsamoro Autonomous Region in Muslim Mindanao (BARMM)

LENTE expresses concern over election violence observed in North Cotabato and Buluan, Maguindanao, a COMELEC Controlled Area[4]. An Improvised Explosive Device exploded in Kabacan Pilot Central School, North Cotabato. However, there were no reported casualties. Meanwhile, in Buluan, Maguindanao, a member of a certain Barangay Peacekeeping Action Team was killed at around 9 to 10 AM. In Sultan Pandapatan Elementary School Bayang, Lanao Del Sur, the opening of polls was delayed because of tensions between supporters of two different running parties. The VCM and materials arrived at the Voting Center by 10:18 AM, four hours after the supposed opening of polls. LENTE expresses its concern about these reports of violence on Election Day as they may instill fear or intimidate voters from exercising their right to vote. LENTE calls on the COMELEC and the PNP to immediately address these incidents to prevent further escalation.

It was also observed that two AFP personnel and four PNP personnel were present near the gate of the Isabela East Central Elementary School, Basilan. Moreover, a call for police assistance has also been ordered in Datu Pedtamanan Elementary, North Cotabato because of difficulties in crowd management. LENTE would like to remind the public of the general rule that the AFP and PNP are not allowed within 50 meters from the polling place except when the peace and order situation requires.

Amidst these incidents in Mindanao, our monitors deployed in various voting centers in Tawi-Tawi have reported no issues in the voting process so far.

LENTE will be releasing its separate report with regard to its monitoring efforts in the Satellite Emergency Accessible Polling Places in Hospicio De San Jose in Manila, Tahanang Walang Hagdanan in Cainta Rizal and National Vocational Rehabilitation Center in Quezon City which cater to the voting of Persons with Disability and Senior Citizens/Older Persons until 2:00 PM today.

[1] Accessible Voting Center (AVC) – refers to newly established voting centers located near or in the communities of IP voters;

[4] Under Comelec Resolution 10757, an area can be put under COMELEC control if there is a history of violence or intense rivalry among the contending parties. Such rivalries could push people to engage in violent acts or commit politically motivated violence against the candidates and their supporters.